In the latest sign that Americans will no longer tolerate the outsized power of Big Business, on July 9th, President Biden signed a sweeping Executive Order aimed at undoing concentrated corporate control and ending decades of consolidation throughout our economy. The order includes 72 initiatives that direct cabinet-level departments in the Executive Branch and encourage independent agencies such as the Federal Trade Commission to identify and root out “overconcentration, monopolization and unfair competition” in the industries they oversee.

In a speech announcing the order, Biden repudiated 40 years of antitrust policy that favored bigness and overlooked the harm monopoly power can inflict on workers, small businesses, and the competitive process. “We’re now 40 years into the experiment of letting giant corporations accumulate more and more power. And what have we gotten from it? Less growth, weakened investment, fewer small businesses. Too many Americans who feel left behind. Too many people who are poorer than their parents,” he said.

Because the Executive Branch oversees a multitude of U.S. industries including health care, transportation, agriculture, and telecommunications, the order and the directives it contains represents one of the most significant shifts in U.S. competition policy in the past half-century.

The order includes many provisions that reflect ILSR’s long-standing work and priorities.Here are a few highlights:

While the order is a significant step toward breaking the decades-long rise of concentrated corporate power, the hard work is just beginning. The Executive Branch departments and independent agencies need to move swiftly and decisively to fully realize the potential of this order to combat concentration and spur vibrant industries and communities. Here at ILSR, we will be watching closely and reporting on their progress. 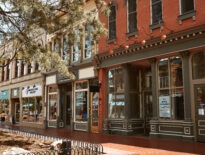 Retail In Governing: New Opportunities for Cities to Crea… 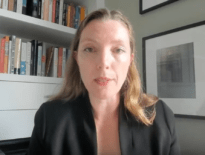 Retail Congressional Testimony: How Concentrated Corporat…
Sign Up for the Hometown Advantage Newsletter