On Monday, Biden touted new commitments by AT&T, Comcast, Verizon and 17 other providers to provide discounted high-speed Internet service to low-income customers. Under the arrangement, eligible consumers can sign up for Internet plans for $30 a month or less, an amount that can be fully covered under new federal infrastructure subsidies.

Christopher Mitchell, a director at the Institute for Local Self-Reliance, likened the commitments to a “bad Band-Aid” and called it “very frustrating” to “have the president talking about this while those companies are slandering his nominee for the FCC.”

The plan also called for “lifting barriers” to municipally owned Internet providers and to “‘future proof’ broadband infrastructure in unserved and underserved areas,” which prompted pushback from telecom groups. But the plan was pared down to the industry’s liking by the time it was unveiled on Capitol Hill, as Axios reported.

“The initial vision was one that had a clear-eyed view of the problem, and the more recent press conference is the reality of how much power the big cable and telephone companies have in Washington, D.C.,” Mitchell said. 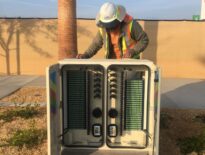 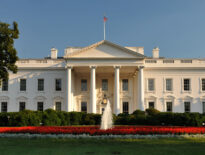