After months of study and consideration by local officials and concerned citizens, the Bellingham City Council has enacted a law that prohibits stores over 90,000 square feet and imposes design standards on those over 60,000 square feet.

Bellingham is a community of 71,000 people in northwest Washington state. It has one of the most active local business coalitions in the country, Sustainable Connections, which runs a highly effective “Think Local First” campaign to encourage people to choose locally owned businesses.

Last September, when Wal-Mart announced plans to expand its Bellingham store into a large supercenter that would include a full grocery department, the City Council quickly adopted a temporary moratorium on the construction or expansion of stores over 100,000 square feet. “Large retail sales establishments may have unintended and uncalculated economic and social impacts,” the City Council concluded.

Since then, the city has been studying those impacts and examining various options for regulating large-scale retail development. Initially, the focus was on Wal-Mart supercenters, said Betsy Pernotto of Whatcom County Jobs With Justice, a community organization which has been working to educate people about the impacts of big-box stores and led the campaign for city regulations.

The City Council first considered an ordinance that would have prohibited only those stores over 90,000 square feet that sell groceries.

But after studying the issue further and consulting with the New Rules Project, both local activists and city officials ultimately concluded that the problem was not only Wal-Mart, but large-scale stores in general. On Feb. 5, the City Council voted to cap the size of all retail stores at 90,000 square feet.

The ordinance provides detailed reasoning for the cap, noting in particular that big-box stores are at odds with Bellingham’s comprehensive plan, which calls for having compact, mixed-use “urban villages” throughout the city that provide many goods and services within a short distance of homes.

Big-box stores would undermine Bellingham’s existing urban villages and local stores, the ordinance states, shifting retail activity to sprawling outlets and increasing the miles that households must drive for shopping. 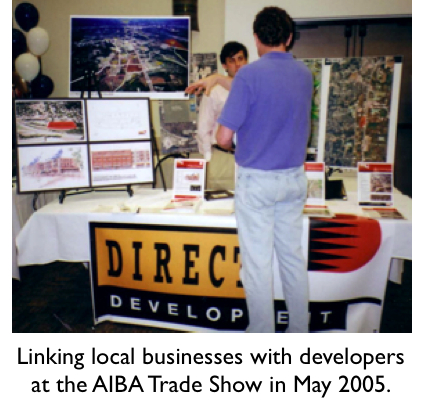