Be suspicious of megamall subsidy

By David Morris, originally published in the Minneapolis Star Tribune, May 2, 2008

The almost-certainly-soon-to-be-passed $370 million tax subsidy to the Mall of America is the kind of initiative that makes people wonder whose side government is on. Here’s what we know for sure: The mall is a very successful business. And successful businesses expand. Indeed, the mall’s own vice president, Maureen Bausch, concedes: “The Mall of America has to stay fresh. … And to do that, we have to grow.”

Doubling the size of the mall was part of its original business plan back in the early 1990s when the Ghermezian brothers developed the project. Phase II, as the expansion is called, was delayed because of a 10-year ownership battle between the Ghermezians and the mall’s general manager, the Simon Property Group. The battle ended in November 2006, when the brothers, bolstered by several favorable judicial decisions, paid off Simon and became sole owners. As the Minneapolis-St. Paul Business Journal observed at the time: “The deal could help streamline decisions for Mall of America’s pending Phase II expansion.”

Turning to the task at hand, the Ghermezians immediately asked Minnesota to make their profitable venture even more profitable. They found the Legislature willing in 2007, but Gov. Tim Pawlenty wisely vetoed the handout. They’re back again, and the Legislature seems just as supine, so it may be up to the governor to again draw the line between the public and the private.

The requested subsidy may save the developers something like $20 million a year in before-tax debt payments. That is not nearly large enough to significantly influence their ultimate decision. That decision is going to be based on projections of per capita income; on general retail sales and the impact of the Internet on those sales, and on the prospects for tourism given the possibility of reductions in local flights because of the NWA-Delta merger and because of soaring jet-fuel prices and therefore airfares.

Of one thing we can be sure: They’re not going to decide to build someplace else. They have several billions dollars of sunk investment. They have a highly successful operation. The mall sits on prime real estate, at the intersection of two main highways, across the road from an international airport.

The proposed subsidies come in three forms. One gives Bloomington the right to tax mall visitors to finance infrastructure improvements for the expansion. Taxing the mall to develop the mall might be justifiable, although one might ask why Bloomington (and other cities) are not allowed to impose a local sales tax to fund more publicly oriented projects such as libraries or medical clinics or even local road repair. The proposed sales tax would raise the price of goods and services at the mall by 1 to 3 percent. Since the mall supports the tax, it clearly believes that the higher prices won’t deter shoppers. Which means that it could just as well raise prices 1 to 3 percent without government assistance.

The other subsidy is in the form of a sales tax on lodgings in Bloomington. This is less acceptable, given that it taxes one private business to subsidize another. Adding insult to injury, existing hotels and motels will be taxed to help an expansion that includes large new competitors.

The subsidy that has received the most attention, and justifiably so, is the diversion from the fiscal disparities pool of $4.5 million a year for 20 years to construct an 8,000-car parking garage. The fiscal disparities program was launched in 1971, in part to reduce the already emerging dynamic of cities competing against one another to offer subsidies to attract new business and industry. The program ameliorates this competition by sharing the expanded tax base. Some 40 percent of the growth in the commercial-industrial tax base in the metro area is shared between the “have” and “have not” cities.

The proposed subsidy will reduce revenue to metro cities by $1.2 million a year. Services will be cut or taxes will be increased.

The tax-sharing program, albeit imperfect, remains one the most innovative in the country. Once we tap that fund for a private purpose, especially one within the same jurisdiction, the entire objective of the pool is undermined. Some have said the Vikings are eyeing that pot hungrily. And well they should be.

When the Ghermezian brothers solicit funds from investors and lenders, they open their books to explain in detail why that investment will be profitable and why that loan is secure. When they solicit free money from the public, on the other hand, they are unwilling to offer any economic data to justify the need. Apparently, the Legislature isn’t willing to require them to do so.

All of which makes the citizenry suspicious and cynical.

David Morris is vice president of the Institute for Local Self-Reliance, based in Minneapolis and Washington, D.C.

Be suspicious of megamall subsidy 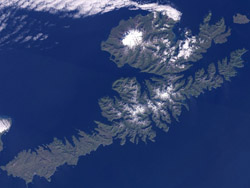