Bar Harbor, Maine (pop. 5,500) has been trying to get a municipal fiber network off (and into) the ground for more than half a decade. If local officials throw weight behind the most recent move, we may see momentum continue to build for faster, more reliable, affordable, and universally available Internet access for government use, commercial development, and maybe, down the road, residents as well.

We last checked in with the town in 2016, when its franchise agreement with Charter had expired and negotiations for a new agreement had stalled. At the time, Bar Harbor was considering a $100,000 engineering study to flesh out the possibility of a municipal Fiber-to-the-Home (FTTH) network or a $50,000 study to do so for a government-only network, but at the last minute the town’s Warrant Committee and Council decided not to move ahead on either at the last minute. Since then, the situation has remained more or less in stasis.

But with recent changes, Charter has signaled that it will begin to charge Bar Harbor $45,000 a year for access via – a ten-fold increase over the $4,500/year the town currently pays. With the company refusing to negotiate, on December 15 the Town Council, at the recommendation of the Communication and Technologies Committee (CTC), voted unanimously to place a $750,000 proposal to build their own institutional network onto the 2022 budget draft review. The general public will have the chance to vote on the measure in June. Locally Owned Infrastructure at a Fraction of the Price

A 2019 Casco Bay Advisors engineering plan offers some additional details in the potential network. It would run for 19 miles, both aerially and underground, to connect initially nine but up to as many as 25 government buildings (including town offices, public safety locations, water and waste water stations, public works, etc.), three schools, a library, and other sites like the town’s highway garage. Because of the surrounding topography, wireless doesn’t work well on the island (Acadia National Park and Cadillac Mountain both disrupt lines of sight). A wireline connection would be miles ahead of what they currently have. Included in the roughly $750,000 build is slightly less than $270,000 in utility pole make-ready work for 662 poles and fiber runs ranging between 12 and 96 strands between sites. The money would come from general obligation bonds back by property taxes. T

Maintaining the network, Technical Systems Admin Steve Cornell said in an interview, would be dramatically less than Charter’s proposed $45,000/year agreement. Casco Bay Advisor’s engineering plan puts it at $32,000, but a large portion of both the build and operating cost could be met through partnerships and by bringing commercial entities (like a collection of local hotels) in the area that need and want the connectivity online. Other cost savings measures proposed include acquiring the fiber line currently owned by Charter that runs through National Park Service territory to the Duck Brook Water Plant (there’s no other use for it), negotiating access with the NetworkMaine education network, sharing the cost of deployment with the nearby town of Mount Desert (which wants and needs access), or partnering with other existing area service providers to reduce build/operational expenses. As a bonus, Bar Harbor would own additional critical infrastructure for decades to come.

“We are going to have to pay the $45,000 to $48,000 a year regardless,” the Mount Desert Islander reports Town Council member Matt Hochman saying. “We should own the network ourselves.”

But it also offers the chance for other benefits.

Steve Cornell sees dramatically upgrading the capacity of the internal network from the existing two strands. It would also mean add the ability to do things like monitor the water and wastewater systems better. Right now, they’re connected via radio, and the department can only tell when the pumps are on and off. Running fiber would provide real-time, far more granular data year-round and during critical events like rainstorms to better manage the town’s resources and reduce bills for local residents with those savings; paying once for a fiber connection that can monitor a host of sensors remotely is a lot more efficient than paying time and a half salary to call in a city worker from thirty or forty-five minutes away on a weekend or overnight. In addition, the town has 30 security cameras that could be connected. Finally, Bar Harbor and nearby Mount Desert share a police chief, and the two towns have integrated their police departments. But because Bar Harbor manages the information technology side of things and they aren’t connected, it means managing communication and file sharing via VPN, so handling large files (like video from police cruisers) is a nightmare.

Bar Harbor sits on the eastern shore of Mount Desert Island, north of the Acadia National Park. It has a population of just over 5,000, and according to the FCC’s Form 477 data almost no residents have broadband access at speeds faster than 25/3 Megabits per second (Mbps). According to Cornell, far too many residents are stuck with poor DSL connections, satellite, mobile, or nothing at all, and the IT Department receives a regular stream of calls from residents looking for better connectivity options. Meanwhile, nearby Isleboro in Waldo County has more than 90% of premises on the island connected to its municipal fiber network. The town bonded $3.6 million for its network in 2017, and it has brought a host of benefits, including economic development, distance learning, and gigabit residential access for $85/month (plus $360/year until the bond is paid back).

Statewide, 83,000 lack access to basic broadband connections. In July, 76% voters across Maine came together to vote yes on Question 1 to create a $15 million pot of funds to add to $30 million in federal funds for a grant program that the ConnectMe Authority will administer.

If the town votes yes in June, the issue will go before the Warrant Committee.

More and more communities are making moves towards building and operating municipal information infrastructure as Charter and other monopoly ISPs exploit the lack of competition to extract profits from communities like Bar Harbor. We’ve seen it happen in places like Ellensburg, Washington (where Charter wanted to charge $10,300/month for service it had previously supplied for free in exchange for access to rights-of-way), and Watsonville, California (where the company wanted at least $3,600/month for reduced service or more than $12,000 to continue existing service) over the last handful of years. We look forward to seeing what Bar Harbor ultimately decides next June. 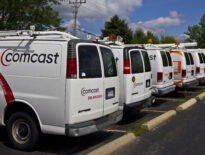 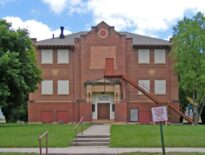