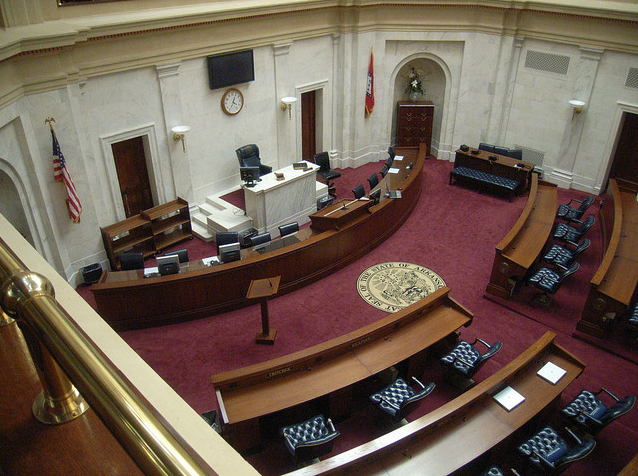 Earlier this month, we learned about a Senate bill in the Arkansas State Legislature that, in it’s original form, would have rescinded state restrictions preventing many municipalities from improving local connectivity. After amendments, SB 150 lost most of its effectiveness, but the bill that became law this week is still a small step in the right direction for a state where the rate of broadband connectivity is some of the lowest in the country.

For years, Arkansas has been one of the states that doesn’t allow government entities from providing broadband services to the public. The ban specifically disallowed “directly or indirectly, basic local exchange, voice, data, broadband, video, or wireless telecommunication service.” There has always been an exception to the ban for communities that have their own electric or cable utilities and want to offer telecommunications services. No municipality may offer basic exchange service, interpreted as telephone service.

Only a few communities have taken advantage of the legal exception, such as Paragould, Clarksville, and Conway. In recent years, electric cooperatives are deploying in rural areas, but many of the state’s rural residents rely on DSL, fixed wireless, and satellite. In the few more populous communities, there may also be scattered cable connections available. Even though large incumbent ISPs have collected federal grant funding in the past, deployment in Arkansas has been inadequate to connect all Arkansans. According to the FCC, connectivity to households is near the bottom of the list.

SB 150 is one of several bills introduced by the Republican Woman’s Legislative Caucus as part of their “Dream Big” initiative. Other bills in the initiative addressed issues such as juvenile justice and education. When we spoke with its primary sponsor, Senator Breanne Davis about SB 150, she said that one of the bill’s main purposes was to get the attention of those incumbents that have done little to bring high-quality Internet access to her constituents and the people of Arkansas despite accepting federal subsidies.

SB 150 as introduced did get everyone’s attention, including advocates for publicly owned broadband infrastructure. The bill’s direct language eliminated the ban on all the services that municipalities aren’t able to offer except local exchange services. SB 150 granted permission for government entities, without exception, to invest in broadband infrastructure and offer the previously banned services directly or through public-private partnerships. The presence of a municipal electric utility, according to the language of SB 150 as introduced, was no longer necessary.

Along with other broadband policy researchers and advocates, we immediately wondered if Arkansas was ready to take a giant step toward rural broadband deployment. As it turned out, they were more inclined to baby steps.

When the bill was introduced, Senator Davis discussed the importance of allowing communities to invest in broadband infrastructure on their own or with private sector partners when incumbents didn’t get the job done. The language of the original version of the bill supported a lift of the ban with no strings attached.

In this interview, she talks for a few minutes to summarize the bill:

The bill received favorable press and, with more than a dozen Republican women Senators, many from rural areas, supporting it, SB 150 picked up steam early in the legislative process. Senators quickly adopted amendments in committee that significantly diluted the potency of the bill. We asked Senator Davis about the amendments and she said “that there are some fights that we’re not ready to take on.”

The amended SB 150 reinstates the ban that would have been lifted to allow most municipalities and other local government entities to help deploy broadband across the state. Now, communities are only able to deploy in unserved areas and only if they apply for and received grant funding.

The amended language, added early in the process reads:

(5)(A) A government entity may enter into a public-private partnership with private providers to make voice, data, broadband, video, or wireless telecommunications services available to the public.

(B) After reasonable notice to the public, a government entity may, on its own or in partnership with a private entity, apply for funding under a program for grants or loans to be used for the construction, acquisition, or leasing of facilities, land, or buildings used to deploy broadband service in unserved areas, as defined under the terms of the granting or lending program, and if the funding is awarded, then provide, directly or indirectly, voice, data, broadband, video, or wireless telecommunications services to the public in the unserved areas.

Attorney Jim Baller, who knows municipal telecom law better than anyone, provided more insight into the potential consequences of the bill. In addition to severely restricting the removal of the ban, the change in the bill also limits local governments to criteria in grants for which local communities apply. If a community had service in only a few locations that met the FCC’s definition of broadband (25 Mbps / 3 Mbps), they likely would not be able to develop a gigabit, community-wide fiber network. The goals outlined in the bill’s legislative intent are too lofty to be achieved with other technologies.

The amended bill moved quickly through both Senate and House, passing unanimously in both chambers. Davis had added added an emergency clause in order to allow local communities to apply for state and federal grants that are available now. Such strong support from both parties reveals that the understanding that broadband deployment in rural areas is a critical issue crosses party lines.

What began as a giant leap devolved into a baby step, but it’s still a move forward. In places such as Arkansas, where state legislatures have had restrictions or bans in place for several years, it’s bound to be a long process to reverse harmful laws to reinstate local telecommunications authority. Christopher told Craig Settles for a Daily Yonder article:

Despite the setback in the state Senate, we are excited to see this leadership from a state that increasingly recognizes the benefits of local networks rather than shipping their wealth to Dallas and the East Coast. For too many years, the big cable and telephone companies have limited local Internet choice but this bill is a first step to improving Internet access for everyone.

Baller has decades of experience working with municipalities on telecom issues. He was disappointed, but provided some advice for Arkansas lawmakers:

In its legislative findings, SB 150 notes that Arkansas ranks second from the bottom of the nation in access to advanced communications capabilities and to the many economic, educational, health care, and other benefits that such access would foster.

The version of SB 150 that the Arkansas Republican Women’s Legislative Caucus introduced would have freed municipalities to do their part to overcome this problem, either through their own efforts or through public-private partnerships. The more modest version that [has now become law] is a step forward, but it is unlikely to be nearly as effective. If that turns out to be the case, the Republican Women’s version may point the way to a better solution.

SB 150 Prior to Amendments

SB 150 After Amendments and Passed by the State Legislature
Image of the Arkansas State Senate by Cliffderivative work: Jack Cox at en.wikipedia [CC BY 2.0]
This article was originally published on ILSR’s MuniNetworks.org. Read the original here. 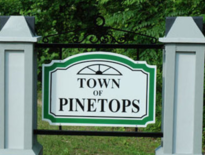