All across the country, municipal networks, cooperatives, and cities have been putting in extra effort to make sure that Americans have the fast, affordable, reliable Internet access they need to conduct their lives in the midst of the COVID-19 pandemic.

AT&T has decided to take another route. A USA Today report last week revealed that the company has stopped making connections to users subscribing to its DSL Internet as of October 1st. Anyone calling the company to set up new service is being told that no new accounts are being accepted.

The decision comes right as the National Digital Inclusion Alliance has released a report detailing that only 28% of AT&T’s territory can get fiber from the company. AT&T has deliberately focused investment in more urban areas of higher income. From the report:

The analysis of AT&T’s network reveals that the company is prioritizing network upgrades to wealthier areas, and leaving lower income communities with outdated technologies. Across the country, the median income for households with fiber available is 34 percent higher than in areas with DSL only — $60,969 compared to $45,500.

As of today, it looks like the most conservative number of those affected by the decision will be about 80,000 households that have no other option. Our analysis using the Federal Communication Commission’s (FCC) Form 477 data shows that the Deep South will be hit the hardest, with 13,200 households in Georgia, 11,700 in Florida, and 9,700 in Mississippi. South Carolina and Texas have just under 8,000 households affected. Alabama, Tennessee, Louisiana, California, and Oklahoma will see between 3,300 and 4,300 households hit, and Illinois, Arkansa, Kentucky, Michigan, and North Carolina between 1,000 and 2,000. Indiana,  Ohio, Nevada, Missouri, Wisconsin, and Kansas contain 700 or fewer. Collectively, that’s more than 207,000 Americans who, if disconnected, will have no option for Internet aside from their mobile devices or satellite service (see map, below).

Those affected by the decision but which have additional wireline options is higher: roughly 2.2 million American households nationwide subscribe to the service. At this point the decision seems only to affect those subscribing to the company’s xDSL service. Those subscribing to ADSL2 and asymmetric VDSL won’t be affected at this time. AT&T’s xDSL is by no means fast, limited to 6 Mbps (Megabits per second) maximum download speeds, but the fact remains that for these households there are no other wireline options. It’s particularly striking because AT&T has spent the last two decades lobbying state legislatures to restrict competition by banning cities from building their own networks. Now AT&T is walking away from one of its own.

The announcement comes not only in the midst of the pandemic, but as AT&T is poised to receive more than $425 million — none of which it is required to use to extended broadband access to Americans — after the Federal Communications Commission (FCC) has extended the Connect America Fund II program into an optional seventh year.

Community Broadband Networks Program Director Christopher Mitchell responded to this news, saying, “AT&T has received billions of dollars from the federal government to offer a rural service it does not appear to be offering. Now it is pulling back on another service and the FCC is responding by shoveling more money at it. Communities need to invest in themselves before it is too late – the FCC is not on our side.”

The decision has broader implications for affected regions as well; when those homes are sold, AT&T won’t allow incoming homeowners to make new connections. The decision effectively wipes out more than a billion dollars in real estate value. Research shows that having a basic broadband connection to the home boosts its value by at least 2.7%. AT&T could decide to replace those copper lines with fiber (and add to the value of that real estate instead of eliminating it), but here too it’s decided to forego additional investment. The decision seems part of a long-term strategy to push the company’s higher-margin fixed wireless service and mobile service. That wireless service may or may not work in large swaths of rural America, has monthly bandwidth caps, and is expensive.

These are the consequences when communities become beholden to monopoly Internet Service Providers (ISPs). This most recent decision foreshadows what is likely to be the eventual abandonment of those households altogether by AT&T, whether they maintain service in good standing or not. The company has been signaling this move since at least 2013. Verizon, too, has been phasing out its DSL service since around the same time.

See a high-resolution map of those affected by the announcement below. 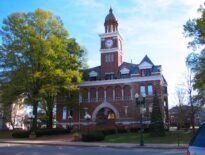 MuniNetworks How One Tennessee County Plans to Reach Universal … 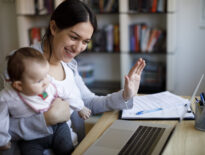