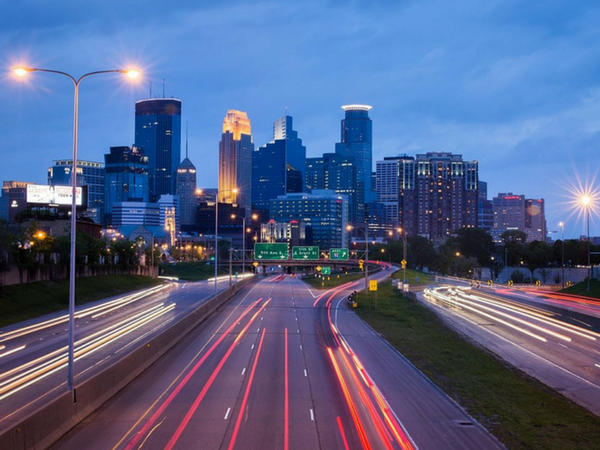 Minneapolis garnered national attention when it formed a first-of-its-kind partnership with local utilities to advance sustainable, efficient energy policy. Now, as communities across the U.S. increasingly push for influence over their energy futures, the Midwestern city offers a blueprint for what works and a taste of the challenges that come with cooperation.

John Farrell, who leads the Energy Democracy Initiative at ILSR, was a key player in forging the hard-fought Clean Energy Partnership in 2013. He’s still involved as a member of the advisory committee formed to steer the city and its two investor-owned utilities toward policies that favor renewable energy and efficiency.

The Clean Energy Partnership, as it’s known, marked a pioneering approach to responsible energy policy. It united the City of Minneapolis and its two investor-owned utilities, electricity provider Xcel Energy and natural gas provider Centerpoint, to advance the city’s goals for shrinking its carbon footprint and promoting a healthy energy economy.

By the time the partnership formed in 2013, Minneapolis had already set ambitious targets for reducing emissions by 30 percent by 2025 — a benchmark out of reach unless households and businesses significantly cut their electricity and natural gas use. That energy consumption was central to the effort, placing utilities at the heart of the issue.

Still, the utilities hopped on board only after a fierce campaign to shake up their outdated business models, including a threat to put power exclusively under the city’s control. Ultimately, the focus shifted away from municipalization toward the unique three-way framework in play today. The compromise guaranteed a change in how the city treats energy.

“We didn’t get the municipalization vote on the ballot. We felt in a way like we had lost the fight for the leverage that we wanted,” Farrell said. “On the other hand, we had actually already gotten something that we wanted, which was we had gotten this public commitment from both utilities.”

The months-long saga spotlighted the need for innovative strategies, like raising municipalization as a viable alternative, to push reluctant utilities and enterprising cities toward better energy policies.

Organizers in Minneapolis mounted their Minneapolis Energy Options campaign at a key time, when each city council member and the mayor were up for election. Several sitting policymakers had aligned themselves with the city’s Climate Action Plan, but the election season brought a bigger platform to raise energy issues — including municipalization — and demand accountability.

Multiple candidates, as well as the outgoing mayor, threw their weight behind plans to shake up how Minneapolis approaches energy. Against the backdrop of growing community interest, the organizers nailed down commitments from officials and in turn cemented vital alliances at City Hall. Still, as labor-intensive as it was, drumming up support from voters and candidates was the easier part.

The utilities, locked into a decades-old business model that shortchanges renewables and energy efficiency, were tougher sells. Ultimately, they buckled under rising pressure to join forces with the city. They promised to evaluate how they could fit into the city’s aggressive energy plan, and then-Mayor R.T. Rybak made clear the city expected distinct results.

In a letter to Xcel’s brass, Rybak set a bar for the partnership to produce a payoff more significant than the utility’s lackluster past efforts to support Minneapolis in going green.

“It was the perfect response, to say that, ‘Yes, we would love to work with you, but it’s going to have to be more meaningful than it has been in the past,’” Farrell said. “That really made it clear that the city was on our side in this fight, and that the utilities were going to have to please the city in some ways to get them off their back.”

Pressure from the city exposed new opportunities to prod the utilities to do more. Rybak’s letter put momentum behind the Minneapolis Energy Options campaign, but it also invited officials — and the public — to closely monitor exactly how far the utilities went to propel city goals forward. That particularly stung Xcel, whose headquarters sits in downtown Minneapolis.

A budding fight for municipalization, or at least a notable overhaul, in MInneapolis fanned tensions already brewing in Boulder, CO. There, Xcel was mired in a long-running, messy fight over whether the city should squeeze it out to form its own electric utility. As Farrell remembers it, Xcel’s CEO was so defensive that he hinted the company would move to a different city.

“We got under their skin,” Farrell said, noting that a utility’s public image can be a valuable tool to force change. The specter of ratepayers frustrated with Xcel for doing too little to support the city’s Climate Action Plan became a pressure point in getting the utility to deepen its focus on those goals.

Advocates eyeing similar shakeups in their cities can borrow from the growing crop of cities eyeing similar outcomes, but there’s no one-size-fits-all approach. Organizers in Madison, WI, for example, have followed Minneapolis’ lead to motivate meaningful changes in local energy policy. But their approach is decidedly different — it starts in the boardroom.

Shareholders in Madison’s investor-owned utility have called for tweaks through resolutions that outline better long-term strategies. The “activist shareholder” approach has become increasingly common in U.S. boardrooms, and the technique can be useful in bending utilities toward policies and programs that favor customers, renewables and energy efficiency.

“If you really want to move utilities and elected officials, you need leverage,” Farrell said. “You need to make them feel like they have to respond to you.”

Thinking creatively about the individual dynamics at play in each community is key to crafting the solutions that make progress possible. Cities like Madison and Minneapolis both showcase the potential for novel tactics to shape the fight for more sensible energy policy.

“To me, it suggests there’s always a lever somewhere you can move,” Farrell said. “It’s just a question of identifying where those levers are and how to pull on them.”

Minneapolis’ unique approach to addressing significant gaps in in energy mix offers a loose blueprint for other cities, but the partnership is far from a ready-made solution. While it itself offers a platform for delivering results, growing pains and slow progress showcase the ongoing work needed to capture the opportunity.

The citizen advisory committee, on which Farrell sits, is an important check on the partnership’s progress and priorities — especially considering the inertia prevalent among utilities that leaves them reliant on an old-school business model that hinges big profits on hefty consumption and dirty power generation.

As it stands, Farrell says, the Minneapolis framework through its first years has yet to reach its potential. The group is approaching the end of its inaugural two-year work plan, designed mainly to set a foundation for future efforts. Reports so far highlight existing programs that dovetail with the partnership’s goals, but the utilities have yet to introduce new, bigger approaches.

“That’s kind of the key to this next work plan,” Farrell said. “What are we going to put in there that’s going to accomplish some of those goals?”

Going forward, advocates want to see richer data collection and a focus on equitable access to initiatives that support access to renewable energy and efficiency-oriented upgrades. They also want greater community engagement, a callback to an important piece of the Minneapolis Energy Options campaign.

Measuring some progress is easy, because benchmarks are spelled out in city documents. That includes emissions reductions of 80% by 2050, a plan to reach 75 percent of Minneapolis households with an energy retrofit by 2025, and an overarching effort to reduce energy consumption. But none of those will happen — and no more ambitious goals will surface — if the utilities don’t debut wider-reaching programs with access in mind. The initial work plan also failed to set any interim goals, making it harder to evaluate efforts in the short run, an issue Farrell is interested in solving for the upcoming two-year plan.

While municipalization would have guaranteed the city more flex over how it achieves its goals, the partnership offers advantages. Rather than wrangle over a city utility takeover for several years, the three-pronged partnership can get to work now.

“I’m optimistic that the partnership will prove more effective because we have more time to work with it,” Farrell said. “Although the key is whether or not some of the programs that have already launched are going to be ambitious enough and whether or not the new items that we add can be successful.”

For further reading, check out Farrell’s review of the first two years of the Clean Energy Partnership and proposals for the next work plan from Community Power (the successor to Minneapolis Energy Options).

This is the 40th edition of Local Energy Rules, an ILSR podcast with Director of Energy Democracy John Farrell that shares powerful stories of successful local renewable energy and exposes the policy and practical barriers to its expansion. Other than his immediate family, the audience is primarily researchers, grassroots organizers, and grasstops policy wonks who want vivid examples of how local renewable energy can power local economies.

At the Two-Year Mark, a Few Lessons from the Minneapolis Clean Energy Partnership – Episode 40 of Local Energy Rules Podcast 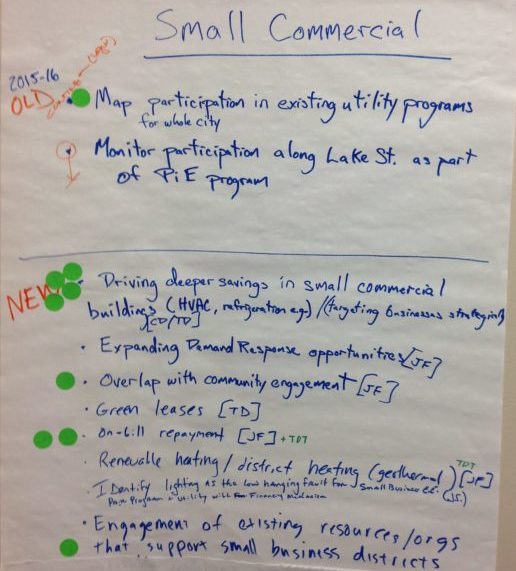