The Baltimore Clean Air Bill was passed unanimously by the Baltimore City Council and signed into law by Mayor Pugh in April. The Energy Justice Network wrote the bill. Organized citizens are now working with the city to prepare a technical report on how the city can transition from relying on incineration to recycling, composting and reuse as the primary solid waste management system. See, ILSR’s report on hearings to date.

The IndyStar, of the USA Today Network, featured an article on recycling and incineration in the state’s capital city: How Indianapolis became one of the most wasteful big cities in America.

The article focuses on the low recycling rate in the city and the impact of the garbage incinerator. Indianapolis is the nation’s 14th largest city andnis the biggest municipality without a curbside recycling program serving every household. And only two of the top 50 cities — Detroit and New Orleans — recycle slightly less than Indianapolis.

“Instead of creating an incentive to recycle, the city’s trash hauler charges residents for the privilege. And lurking behind that decision is politicians’ reluctance to pay for a robust system, and their long commitment to burning a huge portion of the city’s trash that could be recycled.”

Environmental groups threatened a lawsuit in January, 2019 calling for the aging Detroit Renewable Power garbage incinerator that burns one million tons of waste per year to shut down if it could not control the release of dangerous pollutants released into Detroit neighborhoods. Hundreds of violations of the Clean Air Act have been noted by citizen groups such as Zero Waste Detroit, Detroiters Working for Environmental Justice, Sierra Club, Breathe Free Detroit. Read more.

On March 28 the company announced that the controversial facility will be closing permanently after a 90 day period to power down. The company sited financial and community reasons for its action. Read more here and here.

Comments from anti incineration campaigners addressed the reasons for the sudden shutdown announcement. Sandra Turner-Handy, Zero Waste Detroit and Sierra Club, stated that the threatened lawsuit, which would have cost the company millions of dollars and time was a major consideration on the closing. Now, we can work with the city to develop a comprehensive solid waste management plan starting with the New Business Model. Our focus should now be on organizing community meetings with the city agencies to meet with residents. This is the time to dig in your heels to push for this engagement as the city makes its decisions on future waste and recycling management. Margaret Weber of Zero Waste Detroit stresses the importance of long time grass roots agitation as an principal underlying reason for the demise of the garbage burning plant.

Citizens are opposing a bill that would grant the garbage incinerator located in Brooks, OR to benefit from being designated as a renewable energy resource under the state’s Renewable Portfolio Standard. This would qualify the facility owned by Covanta, which operates the most garbage burning facilities in the US, to be subsidized by energy credits and exclude the facility from the Clean Energy Jobs Bill

Recent background on garbage incineration in the US puts the battle in Oregon in perspective.

No one is opening new incinerators, but many other incinerators are closing. Since 2011, incinerators in the following places have closed: New Hanover, NC, Biddeford, ME, Red Wing, MN, Jackson, MI, Claremont, NH, Harrisonburg, VA, Wallingford, CT, Pompano Beach, FL, Joppa, MD, Layton, UT, Commerce, CA, Detroit, MI, and Warren County, NJ. Elk River, MN and Hartford, CT are also on their way out, and many other are contested or financially unstable, and are at risk of closure. This is especially true for smaller ones like Covanta Marion. The average size of a trash incinerator is 1,100 tons/day. Covanta Marion is 550.

Also, the average life span of the incinerators currently in operation is about 28 years. The average life span of the 26 trash incinerators that have closed since 2000 was just 21 years. Few trash incinerators operate beyond a 30-year lifetime, and only two have made it past 40 (with one being almost completely rebuilt at such huge expense that it bankrupted the city). Covanta Marion is already 32 years old. The facility is the leading air polluter in Marion County and is responsible for 36% of the county’s total industrial pollution. 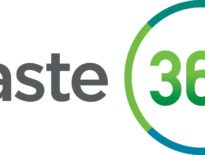 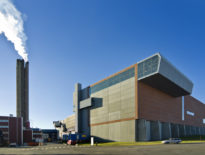