The city of Solon, Ohio, has their eyes on Hudson, their neighbor about 10 miles to the south. Both communities have a population of around 23,000 but Hudson businesses have access to the publicly owned fiber network and community leaders are considering expanding the service to residents. In order to explore the idea further, Solon city leaders have decided to fund a feasibility study.

At a recent meeting of the Solon City Council Finance Committee, the city’s Director of Information Technology Jim Gibbs presented his memo outlining why he believes now is the time to issue a Request for Proposals (RFP) for a feasibility study.

People and businesses in Solon are not happy about their current choices, and they let Gibbs know about it:

I receive a steady stream of complaints and requests for help from Residents and Businesses to get access to better Internet Service Providers, and what I believe is the most telling of the need for this project is, most people are not complaining about cost. Most are complaining about the very poor level of service they are being forced to endure by the largest players in this space, AT&T and Spectrum.

While many subscribers focus their complaints on rates, hidden fees, and baffling billing, it’s no surprise that Soloners don’t like the options they have to choose from or find issues with reliability. Residents and businesses located in places where a publicly owned network is an option, often cite better customer service as the catalyst for switching from incumbent ISPs. Municipal network subscribers have the luxury of obtaining service from a provider centered in their community, rather than from a company with headquarters located several states away. Paying the bill or addessing concerns can be done in an effective, face-to-face manner.

Looking for Options and Possibilities

As part of the study, the city wants a needs assessments for both commercial and residential sectors along with cost estimates for a citywide Fiber-to-the-Premise (FTTP) deployment. Solon has existing fiber, which they installed a few years ago to connect traffic intersections. They also connected municipal facilities by developing an institutional network (I-Net) in order to reduce city telecommunications costs and end their dependence on the incumbent ISPs.

Before presenting his request to issue the RFP, Gibbs organized a committee to talk about the possibility of Solon offering Internet service to residents and businesses. The committee, which included Solon’s Mayor, Finance Director, City Engineer, and others, determined that following Hudson’s course of action would be a smart approach. City leaders have authorized $50,000 for the study.

In his memo to the committee, Gibbs went on to state:

It’s my belief that the City is in a position to be able to build a city wide network that would not only exceed the bandwidth offerings currently available, but that we could do it while providing a level of customer service to our Residents and Businesses indicative of all the other top level services the City already provides on a daily basis.

Unlike Hudson, Solon doesn’t operate its own electric utility, but the city does manage its I-Net and offers water and wastewater service. The town is considered a Cleveland suburb and several large corporate employers have campuses in Solon. Nestle, Pentair, Swagelok, and the Cleveland Clinic are only a few entities that employ thousands in Solon. 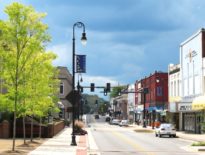 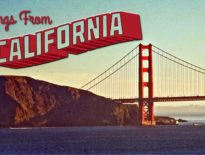