For the facts on all things UTOPIA, we turn to Jesse Harris at FreeUTOPIA.org. In his latest post, he provides an excellent bullet list of the key factors in Macquarie's Milestone 2 proposal. An excerpt From his post:

Jesse has also managed to obtain a draft copy of the Milestone Two Report and has it posted for your review at his blog.

Recently, the network settled a long running dispute with the Rural Utility Service (RUS), reported the Standard Examiner. UTOPIA was awarded a $10 million settlement in a lawsuit filed in September 2011. 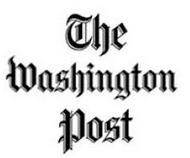