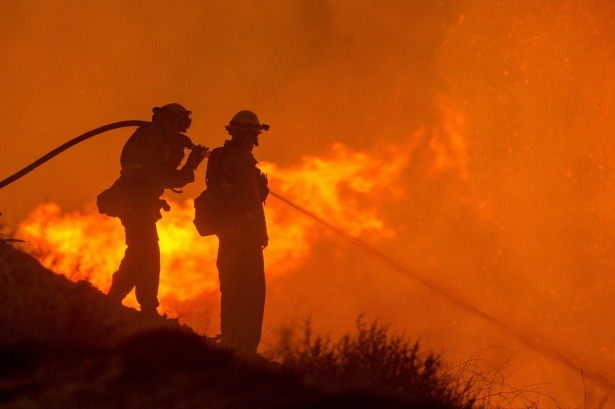 During fire season in Northern California – when the sky often turns dusky with smoke in the middle of the day and the air quality can get so bad that officials declare it unhealthy to be outdoors – access to high-speed Internet connectivity is all-important.

For local governments, fast, reliable, and resilient Internet service is crucial for public safety communications. When flames engulf the region, relaying critical emergency information with speed is paramount. Seconds matter. It’s equally important for citizens to get timely information on the course of wildfires, receive alert notifications or evacuation orders, and be able to connect with friends and family.

Living in that reality is one of the driving reasons the Chico City Council recently voted to earmark $5 million of the city’s $22 million in federal American Rescue Plan funds to research and implement a plan to improve citywide Internet access.

City council members have already authorized spending $250,000 of the funds to develop a Broadband Master Plan in conjunction with EntryPoint Networks. The plan is projected to be completed by October, and once it is finished the City Council will decide where to go from there.

City officials are also in the process of surveying the city’s 115,000 residents to gauge community interest in building a municipally-owned open access fiber network. Responses to the survey so far have indicated residents are excited about the potential of a municipal broadband offering, the city’s Administrative Services Director, Scott Dowell, told ILSR in a recent interview. Dowell said he’s noticed three recurring themes in the survey responses to date: “They want it to be reliable, inexpensive, and fast.”

Although no plans have been finalized and the city is open to various approaches to improve Internet access, Dowell said the city’s lofty goal is to enable symmetrical gigabit Internet service to all premises in Chico for a monthly access fee of no more than $100.

Improving Emergency Communications in the Face of Forest Fires

According to Chico’s Information Systems Manager, Josh Marquis, it can cost over $3,000 a month to equip just one fire station with fiber Internet service from existing providers. “Our current broadband options are very, very limited. And, getting a higher class of service is prohibitively expensive,” Marquis said.

“With our dispatching systems and training, everything requires Internet access. That’s the primary communication method for finding out about emergencies, medical calls, and fire calls. Having poor or unreliable Internet drastically impacts their ability to provide services,” he added.

When combating wildfires, emergency responders rely on reliable telecommunications to transmit real-time information where seconds matter as lives hang in the balance.

While the city explores the possibility of building a citywide fiber network, each of Chico’s fire stations are beginning to benefit from microwave communications equipment the city is currently upgrading, Dowell told ILSR. Microwave technology, a point-to-point wireless technology that transmits and receives radio frequencies over long distances, is a reliable form of communication to turn to in the event of an emergency, although above-ground wireless towers are more likely to be damaged as a result of fire than underground fiber connections.

Fire season in Northern California used to be seasonal, lasting from about April until October. But wildfires are now far more common, breaking out year-round, which is why city officials are more focused on improving the resiliency of emergency communications across the city.

A Haven Amid the Storm

Chico has also become a haven for residents of neighboring communities who have had to evacuate their homes because of the wild fires. Three years ago, the town of Paradise, 20 miles east of Chico, was ravaged when the 2018 Camp Fire, the worst fire in California history, spread rapidly overnight and became uncontainable. Paradise residents were forced to evacuate with between 15,000 and 18,000 fleeing to Chico, becoming residents overnight. Chico city leaders see creating robust broadband infrastructure as a key component in not only improving quality-of-life for existing residents, it would also help those fleeing into the city from nearby communities. For example, a citywide fiber network would allow the city to provide free public Wi-Fi across the city and in and around government facilities: something Chico’s Information Systems Manager believes is one of the most exciting features of a citywide fiber network.

In addition to improving emergency response, another impetus for the project is maintaining long-term viability and economic prosperity for the city and its residents.

With Chico just three hours north of Silicon Valley, where residents are being driven out because of the high-cost of housing, city officials hope the addition of a citywide network will attract some of those migrating innovators, in addition to the lower cost of living, beautiful landscape and more leisurely way of life offered in Chico.

The yet-to-be-designed network, which officials estimate will reduce the cost of Internet service in the city by as much as 30 percent, would also be a boon for local businesses in Chico. Chico-based businesses, such as Rescue 42, Inc., which specializes in making fire and rescue equipment, would be able to reinvest those cost savings into more innovative projects.

One of the Rescue 42’s newest projects, the PodRunner, is a generator-powered mobile Wi-Fi device which can provide Internet speeds of 30 megabits per second across a range of 1,000 feet. There are currently five PodRunners operable in Butte County, which allows firefighters to access Internet-based communications when they are out of cell-phone range.

“The first fire in Butte County that the PodRunner was sent out to was the Camp Fire in Paradise, when firefighters had no cell service and even when Verizon and AT&T brought in Cell-On-Wheel units they only provided service to those in-town. The PodRunner was brought to the northernmost part of the fire where firefighters used it for three weeks straight,” reports The Enterprise-Record.

According to Dowell, the Chico Unified School District is also enthusiastic about the possibility of a municipal fiber network to better equip students with the digital skills they need. City officials also hope to bring more affordable Internet service options to the 15,000 students enrolled at California State University, Chico.

The State of Broadband in Chico

The city of Chico is in the process of gathering mapping data to get a more precise picture of which parts of the city have access to sufficient broadband coverage and which parts do not.

Currently, AT&T, Comcast, and Zayo offer limited fiber service in Chico, though there are gaps in parts of the city which the incumbent providers seem reluctant to serve. The city currently leases fiber service from all three providers for redundancy purposes, and pays over $1,500 a month for some of the lines connecting government buildings.

“I think we’d be better off pushing for a municipal ISP at this point . . . It would be nice to have an entity actually lay fiber everywhere, including neighborhoods that have older infrastructure underground.”

“You should go to a city council meeting and ask for the city to start up municipal broadband.”

With a boost from federal relief funding, Chico city officials now have the seed money to begin to address these calls for action.

Check out this video on Chico’s municipal broadband initiative: 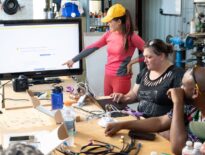 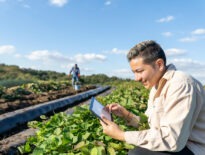