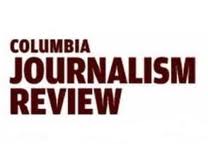 Reuters reports that Amazon’s fourth quarter results may take a hit from new laws that force it to collect sales taxes in California, Texas, and Pennsylvania.

Tax avoidance is part of Amazon’s DNA—Bezos considered starting the company on an Indian reservation to escape taxes—and it has long fought having to collect state and local sales taxes, arguing (fallaciously) that doing so would be just too hard to figure out.

An ill-timed 1994 Supreme Court decision found that mail-order catalogs didn’t have to collect local taxes if they didn’t have a physical “nexus” in the state. Consumers still owed owe the tax, but almost none of them knew this and fewer yet actually paid it. That decision became the basis for Internet retailers to avoid collecting sales taxes everywhere except their home state.

But Amazon is the goliath online. And Reuters misses here in not noting that Amazon only collects sales taxes now in a handful of states. The Institute for Local Self Reliance’s Stacy Mitchell puts the number at eight, with Amazon agreeing to collect in seven more states by 2016.

This Reuters quote about sums it up:

“Amazon was wise to hold on to the sales tax advantage as long as they did,” said Sucharita Mulpuru, an analyst at Forrester Research. “They obviously felt that they were strong enough now, with enough other profit pools, that acquiescing to state authorities would not have an adverse impact on their business.”