A recent contract opens the way for billions of dollars in local government spending to shift to Amazon — but citizens and public officials should be wary of the deal.

As we document in a new report, Amazon’s Next Frontier: Your City’s Purchasing, the contract lacks basic safeguards to protect public dollars, and leaves cities, counties, and school districts at risk of paying inflated prices and getting less. It also has implications for the economic health of cities, and for competition. Amazon’s using the contract to position its platform as the middleman between local companies and local governments, a strategy that weakens these firms as competitors and erodes the tax base on which cities rely.

Here’s the good news: For concerned citizens, the company’s push offers a way to take action at the local level and start a concrete conversation about Amazon’s power and what we should do about it. Some cities are already pushing back, rejecting the contract and adopting policies that ensure that public spending supports a diverse, equitable economy. Here’s what you can do:

Amazon generates a lot of headlines, and this story offers a rare local angle on the company. Reach out to the local government or business reporters at your local newspapers, radio stations, and television stations with a tip to do a story that looks at the relationship that your city or town, school district, or county has with Amazon. You can say that Amazon recently won a large national contract for local governments to purchase goods, and that the contract puts public dollars at risk.

Ask the reporters to find out whether your city has or plans to sign on to the contract with Amazon, which is through a national purchasing group called U.S. Communities that has thousands of local government members. Also ask them to look into your city’s existing spending with Amazon. You can suggest that they submit a public information request to get the exact amount.

Strategy 2: Ask your local officials to reject the Amazon contract

Your local officials may not be aware of the concerns about the U.S. Communities contract with Amazon. They’ll want to hear from you. Reach out to your mayor, city council member, county commissioner, and school board member and let them know that you’re concerned about the contract’s lack of transparency and safeguards to protect public dollars. You can note that the city doesn’t get the best value purchasing from Amazon, especially when impacts on the local tax base are accounted for, and that you want to see your city using its purchasing to support your local economy.

Ask your local officials to reject the Amazon-U.S. Communities contract, or if they’ve already signed on, to stop using it. Ask them to find out how much your city, county, and school district spends with Amazon, and encourage them to adopt or strengthen a purchasing policy that prioritizes locally owned businesses. You can point them to examples, like those we link to below.

Amazon can be tough to talk about. The company is powerful, it’s complicated, and in most places, it’s hard to see. But the issue of your local government shifting its spending to Amazon offers a concrete way to start a conversation with your friends and neighbors. Let them know that you’re concerned with Amazon’s growing dominance, and the negative impact that it’s having on the economic health, connectedness, and resilience of communities across the U.S.

While conversations about Amazon can often turn to our personal shopping choices, you might also consider talking about the role we have to play as citizens, and the growing discussion about public policy and how to regulate Amazon.

Ask your friends to learn more about Amazon, and contact their elected officials about the need to regulate the company. We have resources that can help, like the ones listed below.

On Amazon’s contract with local governments:
Amazon’s Next Frontier: Your City’s Purchasing, June 2018.

This action sheet is also available as a PDF that you can print and distribute.

If you liked this resource, be sure to check out all of our resources on Amazon. Plus, sign up for our monthly newsletter so that you don’t miss our latest reporting and research.

As Amazon Moves to Capture Local Government Spending, Here’s What You Can Do 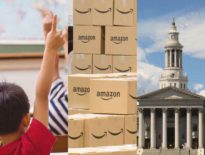 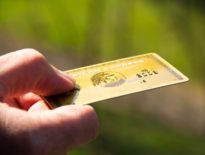