In nearly every state, an electric customer can offset their own energy consumption with on-site power generation, such as a solar panel.

But for larger electric customers, net metering has a hitch. 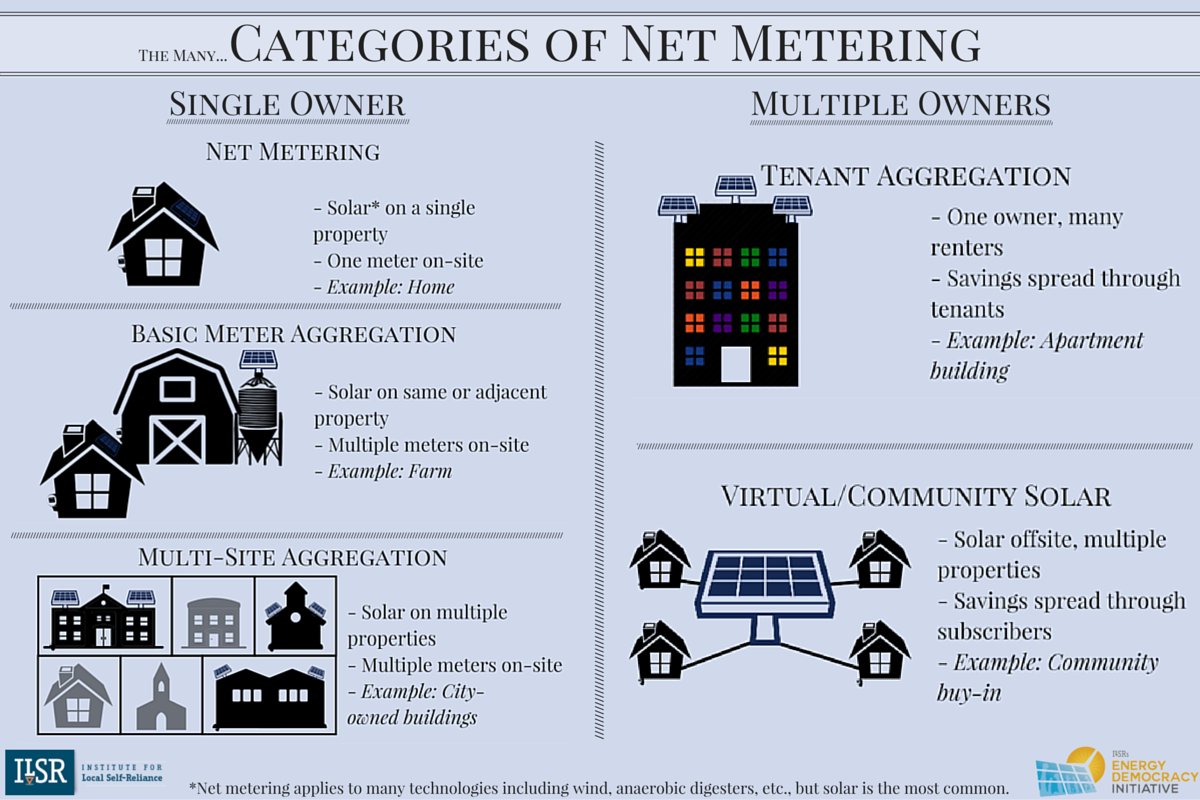 In many states, the solar array (or other power generation) has to be attached to the same building (or meter) where the entity wants to offset energy use. So consider a corporate campus or set of city buildings. If Building A has a great roof for solar but Building B is where all the energy is used, tough luck. If you have a great carport for solar but it’s metered separately from the building’s electricity consumption, no deal.

“Aggregate net metering” is a modification to net metering that solves the problem by allowing electric customers to offset energy use at all meters or buildings with solar at any meter or building.

The following chart, a re-make of one from the North Carolina Solar Center, illustrates which states allow electric customers to aggregate their energy use across meters for net metering. Green states allow it, red states don’t, and states in gray have no net metering policy at all. Nevada allows aggregate net metering, but not for local governments. The other green states all allow it for municipalities. 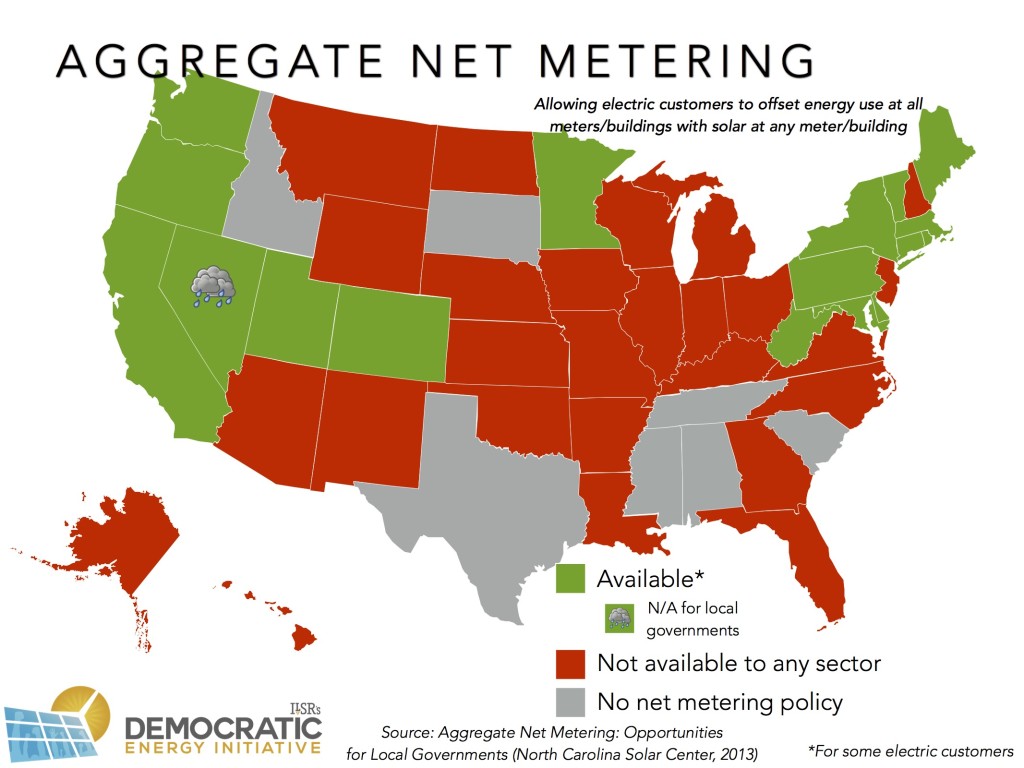 Aggregate net metering is a crucial policy for expanding solar power, since it allows electric customers to find the best place for solar and to reduce their energy consumption. To understand more about how it matters, listen to our podcast with Charles Harris, project manager with Kansas City city government about how the lack of net metering reduced the city’s opportunity to reduce energy use with on-site solar power. 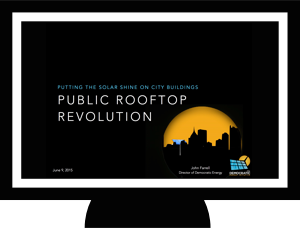 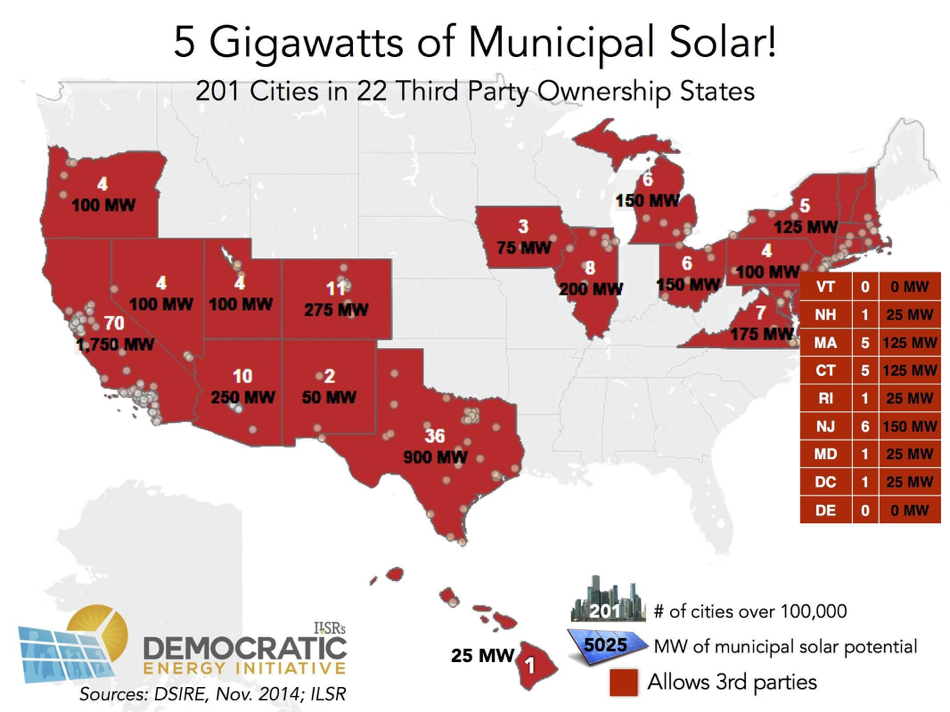