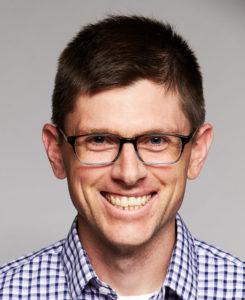 John Farrell is a co-director of the Institute for Local Self-Reliance and directs the Energy Democracy Initiative. Widely known as the guru of distributed energy, he has received accolades for his vivid illustrations of the economic and environmental benefits of local ownership of decentralized renewable energy. He hosts the Local Energy Rules podcast, telling powerful stories of local clean energy action, and frequently discusses the ownership and scale of the energy system on Twitter, @johnffarrell.

John provides data-rich presentations on local renewable energy for the common citizen, and has wowed crowds from Presque Isle, Maine to San Francisco to Berlin.  He’s keynoted conferences like Solar Energy Focus in Washington, DC, and the Midwest Energy Fair.

John’s work appears most regularly on Energy Self-Reliant States, a blog with timely and compelling analysis of current energy discussions and policy.  The posts are frequently enriched by charts, translating the complex economics of energy into tools for advancing local energy ownership and have been regularly syndicated at Grist, CleanTechnica, and Renewable Energy World.

Reach John on Twitter @johnffarrell or by email at jfarrell@ilsr.org

John’s expertise is sought after in energy circles all over the United States. He is an engaging and lively interviewee and provides rich content at conferences and in webinars. Check him out in action in the clips below!