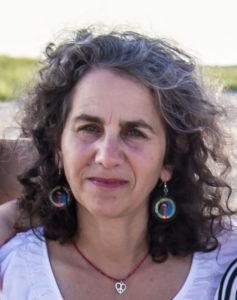 She is the author of several groundbreaking reports including Beyond 40 Percent: Record-Setting Recycling and Composting Programs and the U.S. EPA’s Cutting the Waste Stream in Half.  Her 2000 report for the GrassRoots Recycling Network, Wasting and Recycling in the United States 2000, includes a 10-page zero waste agenda for action.  Her 2003 report, Resources up in Flames outlined the economic pitfalls of incineration versus a zero waste approach. Her 2008 report, Stop Trashing the Climate, documents that aiming for zero waste is one of the fastest, cheapest, and most effective strategies available for combating climate change. In 2013 she released Pay Dirt: Composting in Maryland to Reduce Waste, Create Jobs & Protect the Bay, followed a year later with: The State of Composting in the U.S.: What, Why, Where, & How and Growing Local Fertility: A Guide to Community Composting. Her most recent reports are BioCycle Residential Food Waste Collection Access Study, Yes! In My Backyard: A Home Composting Guide for Local Government, and Community Composting Done Right: A Guide to Best Management Practices.

She has a B.S. degree in Mechanical Engineering from The George Washington University.  She is a trained composter and has been licensed in Maryland to operate commercial composting facilities.

Ms. Platt is a member of the US Composting Council and its Environmental and Legislative Affairs Committee.  She is a founding member of the GrassRoots Recycling Network and a past board member of the National Recycling Coalition and the Container Recycling Institute.  She also co-led an award-winning Young Activist Club in her community that successfully worked to get styrofoam and other polystyrene out of schools and local foodservice businesses. In 2017, the US Composting Council awarded Brenda its H. Clark Gregory Award for outstanding service to the composting industry through grassroots efforts.

Reach Brenda by email at bplatt@ilsr.org