Diane Wittner is a longtime resident of Maryland’s Baltimore County, and is principal of Echotopia LLC. She is also a Zero Waste activist. Wittner registered her concerns about the ‘next steps’ in the solid waste and recycling management contained in a recent report from Baltimore County’s Solid Waste Work Group.

Her comments, below, are relevant to citizens in her county as well as nearby Baltimore City, where her county’s trash has been taken and burned for decades in the controversial BRESCO incinerator. Many others across the US also want to replace traditional solid waste management plans with Zero Waste plans, such as those recently developed by citizens and planners in Baltimore City; Hawaii Island, Hawaii; Montgomery County, Maryland; Maplewood and South Orange, New Jersey; and Bloomfield and Ft. Collins, Colorado.

For 26 years, I have resided in a Baltimore County townhome community of more than 1,700 families, where an alley walk anywhere throughout here has, for a generation or more, revealed a failed recycling, yard waste and trash collection system. My family, neighbors and community desperately want tangible incentives to actually produce less trash in the first place. Additionally, I own and operate a zero waste small business. So this topic is near and dear to my heart.

Your Solid Waste Work Group’s new report on next steps proposes to keep Baltimore County residents and businesses in a polluting, downward spiral. In previous emails I have urged you to pivot Baltimore County to a zero waste plan, according to the internationally accepted definition of Zero Waste, and according to my blog’s holistic list of the zero waste path (written with colleagues’ expertise).

There is local, recent precedent for using this definition. A few weeks ago, Montgomery County Executive Elrich announced his intent to close the County-owned incinerator in Dickerson; in his memo he stated: “We will use the international definition of Zero Waste and the Zero Waste Hierarchy as our guide to rethink, redesign, and reduce material consumption in Montgomery County, and to seek the highest and best use of discarded materials.” This definition correctly prioritizes the conservation of the resources in waste without burning and without environmental discharges, and I would like to see Baltimore County use it to evaluate its waste disposal options.

I appreciate the hard work on the part of your Solid Waste Work Group. While there were some good recommendations embedded within it, unfortunately, the whole of Baltimore County’s Solid Waste Work Group’s report dramatically de-emphasized those, and fell woefully short of taking a zero waste approach. Below, I will further expand on the reasons why, and the need for the County to take further zero waste action beyond the report’s recommendations.

Baltimore County’s Solid Waste Work Group should remove, from its final report, Option 9, “Consider Mixed Waste Processing”. It’s simply a far-too-costly Trojan Horse for more incineration, i.e. burning trash. The report included the shocking initial price tag – $100 to $250 million – for such a facility: by far the most expensive recommendation, although it’s a non-solution. Instead of taking our trash to downtown Baltimore to be burned, our county trash will be burned in…our county! As with Baltimore City, Baltimore County’s community health and well-being can no longer be disregarded.

The Solid Waste Work Group’s final report was prepared by Northern Virginia’s Gershman, Brickner & Bratton (GBB). Their approach is clearly irrelevant to Baltimore County’s urgent trash reduction needs. Their report does not even meet our County Executive Olszewski’s goal, “to promote sustainable practices and move forward toward a clean, green Baltimore county. He noted high-quality recycling, bulk pick up and composting, as well as reducing waste, as factors of a clean and green Baltimore County” in his Feb. 4 visit to the work group (noted in the minutes). So, it is disappointing to see that the final report does not give adequate consideration to these items.

A proven method of reducing trash, Pay As You Throw (PAYT) was minimized in the report. To reduce waste, the consultants should have recommended Pay-As-You-Throw along with a plan for residents to produce less trash in the first place. In the Work Group’s Final Report, PAYT was only mentioned in one sentence, “Residents who practice aggressive waste reduction actions can pay less for a smaller container, commonly called a “Pay-As-You-Throw,” frequently utilized under Zero Waste Strategies.” Unless the County takes further, concrete action to implement such a program – which the final report does not equip the County with the tools to do – this mere tokenistic mention of PAYT in the report accomplishes little.

Another proven method of reducing trash, composting, was also minimized. During the public comment period in March, composting was suggested repeatedly by residents and other stakeholders. Baltimore County’s organic waste may be up to 40% of all county trash, with great potential to dramatically reduce the creation of trash in the first place. Yet in the Final Report, composting is reduced to simply being considered one of many possible pilot projects. I am glad to see that this particular pilot project is being considered for ARPA funds; however, we need long-term investment in source-separated composting embedded within the County’s normal budget. Taxpayers and voters such as myself deserve fiscal and environmentally responsible budget decisions that fix broken systems and pave the way to future mutual thriving.

Such a long-term, successful composting program that protects and restores community and environmental health, requires source separation, not MWP, as your previous email advised: “a critical requirement for all organics collection/processing systems is that they are focused on creating source-separated organics (SSO), as opposed to mixed-waste systems. Source-separated organics will produce high quality soil amendments.” (source: The Community Zero Waste Roadmap, also obtained by the Solid Waste Work Group in January 2021.) Likewise, the Solid Waste Management Plan: states that, “With the exception of source-separated yard materials composting, no portion of the County’s municipal solid waste (MSW) stream is processed through composting. As a developing technology, mixed MSW composting has not been included as a component of the County’s solid waste management system, largely due to economic and logistical challenges that render such a program unfeasible at this time.“ The County’s own plans and the experience of other counties in Maryland affirm that source-separated composting is a proven, working technology, and MWP is not. I was surprised that your email focused on defending MWP over source separation, contrary to the County’s written plans.

A truly ‘low-hanging fruit’, is to do what other counties in Maryland and across the country have done; ban single use plastic bags. Additionally, Baltimore County needs to offer product producers and retailers financial incentives to prioritize non-plastic packaging covering their products. Plastics packaging dependence is a result of the fossil fuel industry’s greed and need to maintain their profits, and our communities and local governments pay the price. Since more than 90% of plastics are likely not recyclable (as per GAIA’s recent report on plastics and recycling in Baltimore City) even more plastic trash will further degrade Baltimore County’s air, water and soil. Landfill and incineration (or the idea of burning plastics through MWP) only create more toxins and health issues in our community. To mitigate the impact of global warming and increasing pollution, Baltimore County needs to stop burning and burying our trash.

Single stream recycling is broken in our county. Instead, tragically, in ignorance, we engage in what’s called ‘wish cycling’ or ‘myth cycling’. Most of what residents think they’re recycling – paper, cardboard, metals, glass – is contaminated or has residue or is mis placed and is burned in Baltimore’s deadly BRESCO incinerator. Over 95% of plastic trash is NOT recyclable – a key reason why Baltimore County needs to dramatically reduce single use plastic packaging. As stakeholders, taxpayers and voters, Baltimore County residents and businesses are entitled to education and resources to actually be able to implement dual stream recycling at home and in nearby facilities. It’s a key first step to zero waste, i.e. reducing the creation of trash in the first place. Here’s a 2015 video from a town in Japan, leading the way. Their Zero Waste Academy is a good idea! Your suggestion of waiting, hoping for new recycling technologies is a pipe dream. We need tangible, realistic solutions and actions now.

7) The Report Doesn’t Prioritize Reuse and Refill Incentives for Manufacturers/Businesses.

My small business, Echotopia.org is only one of a growing number of businesses state and country wide making such changes. Re-use and refill is what people want, as I’ve discovered over more than five years.

With respect, Mr. Beichler, as we transition into 2022, Baltimore County needs to move into 21st century solutions – zero waste policies and programs. What has been done for the last 30 years has not been a long term success. Together, we have all learned this difficult lesson. As a career educator, I teach students that life lessons are sometimes hard to learn, even when we’ve done our very best. But we still can pivot to what’s needed in pride for having done our very best.

I am grateful for your communications and interest, along with the expertise and participation of others in this email. Together, for future generations, Baltimore County can move to a holistic, zero waste path. Maryland needs this and we can do this! 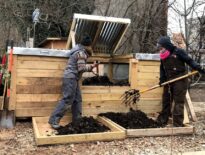 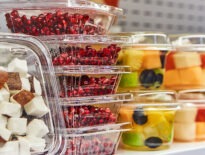