Idaho is better known for producing potatoes than the state of Washington. But actually, it’s the 2,800 square miles (an area about twice the size of Rhode Island) within Grant County in central Washington that grows more spuds per acre than any county in the United States.

As you might expect, the Grant County Public Utility District (PUD) has a long history of supporting the region’s potato farmers. But for the past 20 years, the county-owned utility has been planting more than potatoes in the fertile soil of the Evergreen State, the benefits of which are being enjoyed by county residents on and off the farm.

In early 2000, Grant County PUD built an open access fiber optic network, allowing multiple local Internet Service Providers (ISPs) to compete in delivering Fiber-to-the-Home (FTTH) service to the county’s 97,700 residents. After investing $182 million to bring high-performance Internet connectivity to 75% of the county, over the past several years the utility has been working to expand the network to cover the remaining 25% into the most rural parts of the Grant County PUD service area.

Using utility revenues to finance the network expansion, County Commissioners did not initially commit to a specific timeline, opting instead to allocate funding annually based on the financial condition of the fiber business and the utility as a whole. But with revenues on the rise (up 11% in 2017), the PUD pushed forward, allocating $18.4 million in 2019 to advance the project. Local officials have estimated the total cost to expand the network into all unserved areas to be $70.2 million, with a completion goal of 2023. When the project is complete, over 3,000 miles of fiber optic cable will have been installed passing over 40,000 homes and businesses. The expansion plan carves up the unserved pockets of the county into 40 areas, each of which will be built in phases. And although county officials had already committed to expanding the network in the years before the emergence of COVID-19, when the pandemic hit in the spring of 2020 and remote work and schooling became the “new normal,” there was a surge in customer demand, sparking a renewed sense of urgency to complete the project.

Unfortunately, for residents waiting for a fiber connection in the unserved parts of the county, expansion work in five areas was delayed last year mainly due to permitting hold-ups and COVID-induced disruptions in the delivery of needed materials.

Still, within the network’s existing footprint 400 new users were added each month in March, April, and May of 2020. The goal was to add 2,475 new subscribers over twelve months; Grant County exceeded expectations by hitting 3,458 new subscribers at the end of 2020, bringing the Grant County PUD take rate to 63%. That’s a dominant share of the market that most municipal networks would sacrifice all the french fries and potato chips in the world to reach.

Despite the challenges Grant County PUD faced last year, total revenues from billing the private providers that deliver service on the network was $10.6 million, surpassing the $9.8 million goal set at the beginning of the year. And at the start of 2021, the ongoing work to expand the network was in full swing. “At the end of this year, we’ll be through Area 19,” Grant County PUD Public Affairs Officer Ryan Holterhoff told KPQ news radio in February. “It’s really exciting we’re making this progress.”

County officials aren’t the only ones excited about the progress. Michaelle Boetger owns a graphic design and dog-sitting business with her husband. They run both businesses out of their home in Moses Lake. Before the network was expanded into her community, they were limited by slow and unreliable Internet service. But now that they have reliable fiber service, they have been able to grow their businesses.

“At this point in time, an Internet connection is very important,” Boetger said. “It really is our lifeline to just about everything, whether that be to look up information, making online purchases, figuring out what to make for dinner, planning a trip, or in our case running an at-home business. We really couldn’t live without the Internet.”

16 ISPs operate on the network, some of which provide video and phone service in addition to wireline or wireless broadband, with many offering symmetrical 100 Mbps Internet access plans for $50-60/month.

In Washington, Public Utility Districts are required to provide wholesale access to their networks, and cannot provide retail service. That restriction is currently being debated via HB1336 and its Senate counterpart, which are receiving much more serious consideration than similar bills in previous years. With tens of millions of Americans left unconnected during the pandemic, the lobbying power of the big cable and telephone monopolies seems to be diminishing. Some PUDs feel they could better invest in fiber if they were able to directly offer retail services to subscribers.

Though the Grant PUD fiber network has resulted in tremendous benefits, its replicability is difficult to imagine. Like several PUDs in Washington, it was able to invest in essential infrastructure because of major sources of revenue which came from wholesale power sales in the 2000s. Grant’s fiber network has benefited from those funds and has not paid its own way. That reality is not a problem or shameful, but is important for other communities that may wish to follow the footsteps of the Grant County PUD but do not export electricity in tremendous quantities.

For more on the history of efforts in Grant County, listen to Christopher speak with Fiber Project Specialist Russ Brethower in Episode 279 of the Community Broadband Bits podcast below. 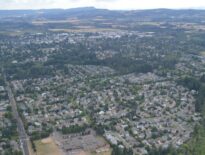 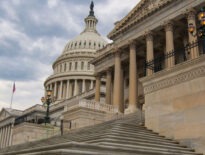