President Obama suggested restoring local telecommunications authority while visiting Cedar Falls in January and a number of local elected officials were ready to back him up. Leaders from 38 members of Next Century Cities recently submitted a public letter to the FCC urging commissioners to consider local autonomy as they consider the Chattanooga and Wilson, North Carolina, petitions.

Last summer, both communities filed with the FCC seeking relief from restrictive state laws that prevent their broadband utilities from serving surrounding communities. FCC Chairman Wheeler has spoken in support of local authority more than once. Next Century Cities, a coalition of communities that was formed specifically to advance better connectivity, writes:

We write only to urge that, as you consider these petitions, you take proper account of the importance of local choice and autonomy. The benefits of high-quality broadband are now beyond dispute: these projects have stimulated local innovation and economic development, enhanced education, improved government services, and opened new worlds of opportunity to communities and citizens. It is our hope that federal policy will support the realization of these outcomes in our communities and in towns and cities across the country, by empowering every community to meet the needs of their residents.

You can read the full letter [PDF] online to see if your elected officials signed on.

The FCC's decision on the petitions is expected in February. 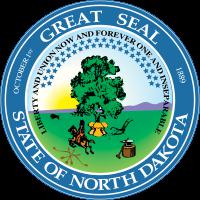